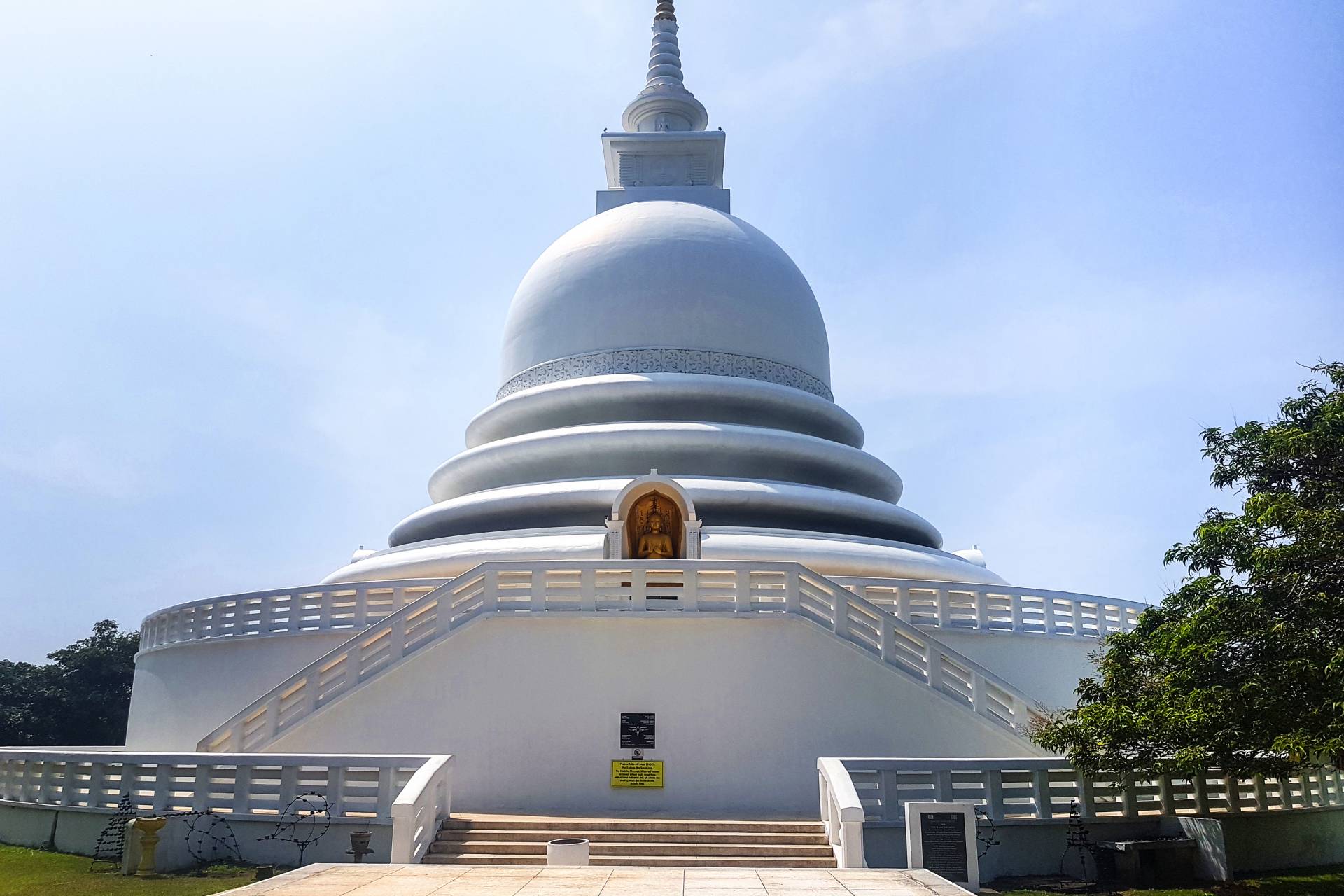 Rumassala  is the subject of many legends. It is featured in the Ramayana, as the home of the beautiful Queen Sita. According to the Ramayana the Monkey-warrior Hanuman was sent back to India to fetch the four medicinal herbs, mritasanjeevani, vishalyakarani, suvarnakarani and sandhani from Himalaya in mountains to heal Lakshman who was wounded in his great battle with Ravana to save the abducted Princess Sita. It is also said that as he failed to identify the herbs he uprooted the mount and ferried it to the battlefield Hanuman dropped a chunk of ‘Himalaya’ at Unawatuna to form the present mountain, where many medicinal plants grow. The name of the village derived from Unna-watuna meaning “fell down”.

Sama Ceitya is the stupa which was built by the Japanese in 2004. It is called “Peace Pagoda”. This Peace Pagoda is designed to help unite the mankind in their search for world peace. Most of the word’s peace pagodas have been built under the guidance of Nichidatsu Fujii (1885-1985), a Buddhist monk from Japan and founder of the Nipponzan – Myohoji Buddhist Order.  There are four stupas of this kind in Sri Pada, Bandarawela, Walapane and Ampara. By 2000, 80 Peace Pagodas had been built around the world in Europe, Asia, and the United States. The main stupa itself is a more of a Japanese/East Asian style and the surrounding is made like mentioned above the Sanchi design. The view out across the ocean is beautiful from the pagoda, at a distance you see the Gall fort and the Iconic Lighthouse. The Galle Peninsula and the town is seen from here at it is breathtaking.