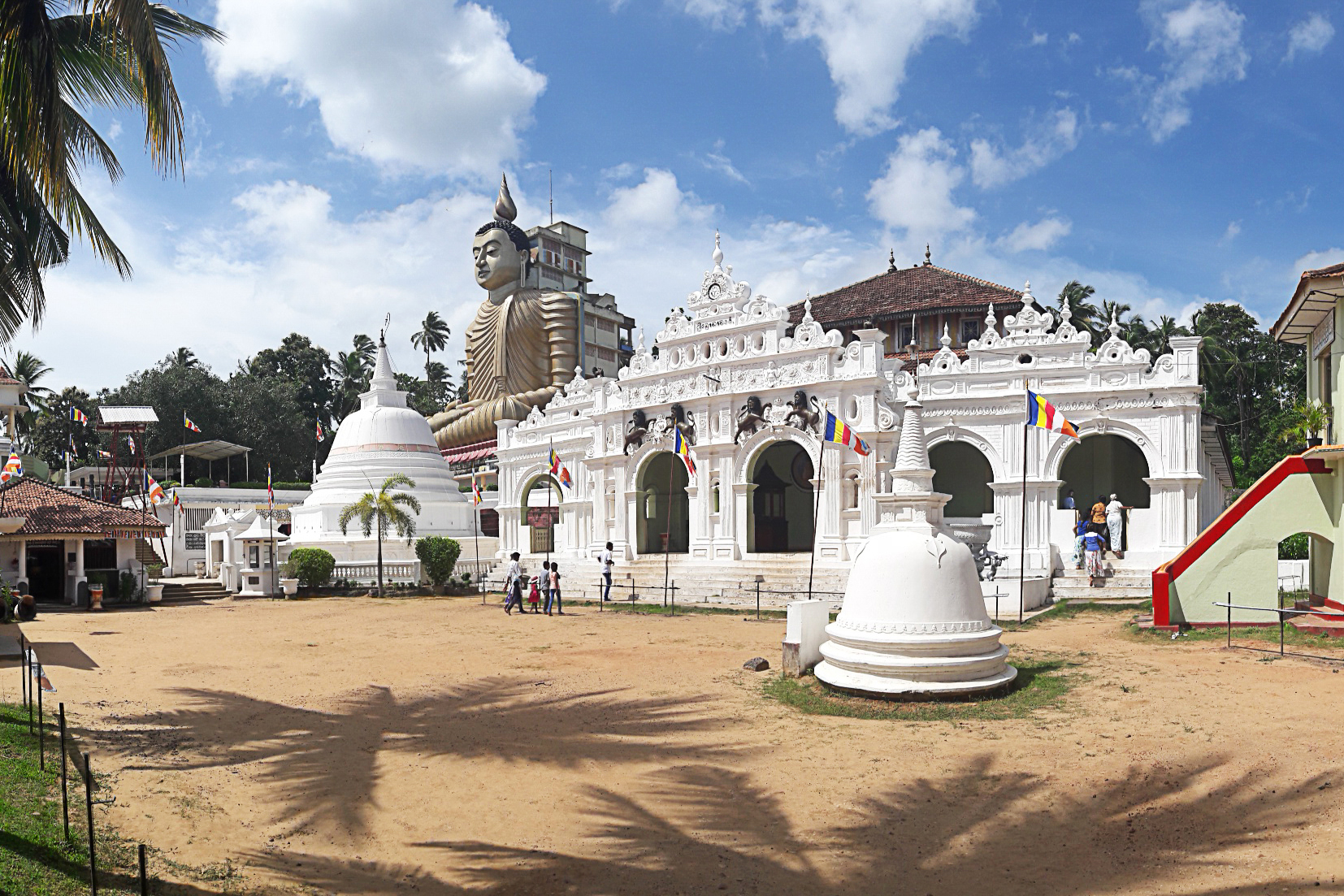 Wewurukannala Temple, Near dickwella houses Sri Lanka’s tallest seated Buddha statue, which is 150-feet tall.  The templom lays on an ancient foundation, the building dates back to the time of King Rajadhi (1782 – 1798), and some parts rebult in the 1960’s. It does have a less ancient, but more interesting decor. This reclining Buddha was in one of the attached image houses, as was the “Hall-of-Horrors” “Hall-of-Punishments”. Inside of temple there are tens of statues picturing sinners and demons. In order to meet the big Buddha up-close, visitors must first navigate the Tunnel of Hell. The temple has three parts, the oldest being about 250 years old;the next part has life size models of demons and sinners show if you don’t follow the path to enlightenment this is what happens to you. Punishments include being drowned in boiling cauldrons, sawn in half, disemboweled, and sinners being hacked to pieces by human-like demons with fangs. Finally there is the enormous seated Buddha that is as high as an eight-storied building. The temple museum is a must see place if you visit there. The most impressive is the large clock which can be seen from font of the the building. The clock is has been built by a local craftsman called W. Elaris De Silva from Maggona in 1926 .